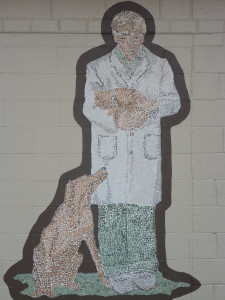 History:
Vanderloo and White Animal Hospital was opened in the 1920’s by Dr. Vivian Vanderloo of Coon Rapids, Iowa. Originally, the clinic was located further east on Asbury Road. In 1954 the clinic was moved to its current location at 3350 Asbury Road to better serve its rural farm clients. Around this same time Dr. Merrill Vanderloo joined his father in practice and continued mainly farm animal veterinary medicine. Dubuque has grown considerably around the clinic along with the small animal veterinary needs of the community. Vanderloo and White Animal Hospital continues to serve both small and large animal clients to this day. 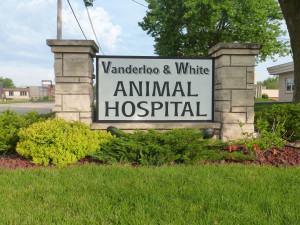